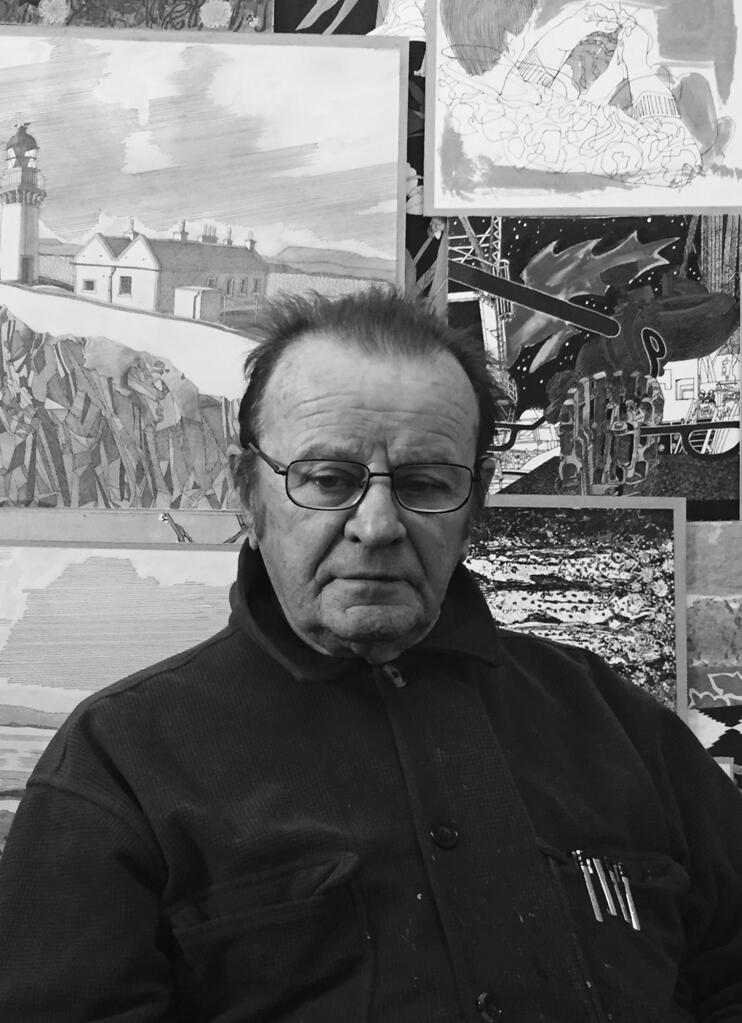 Born in Greenock, Ron Sandford attended Glasgow School of Art in the late 1950s. He went on to the Royal College of Art in London where he studied graphics. A growing demand for Ron’s work by leading architects such as Norman Foster, led to a series of prestigious commissions, including documenting the building of the Broadgate Centre in London, and the Thames Millennium Bridge. Before computer aided design, Ron produced monumental and highly detailed architectural drawings of whole city vistas. His work later led him to Hong Kong. In 2002 Ron moved to Yell (one of the North Isles of Shetland, Scotland) with his wife, the illustrator Meilo So, and immersed himself into drawing the landscape, people and culture of Shetland. Boats and boatbuilding were also a frequent subject. In May 2020 a retrospective show of Ron’s work at the Fine Art Society in Edinburgh revealed a remarkable body of work. 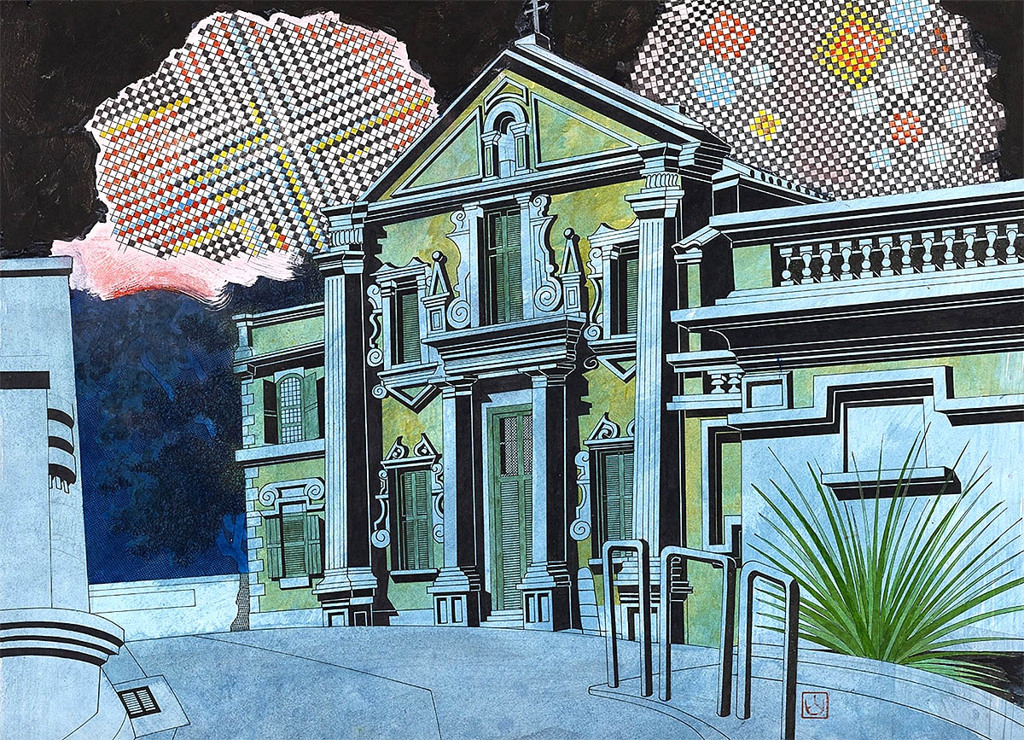 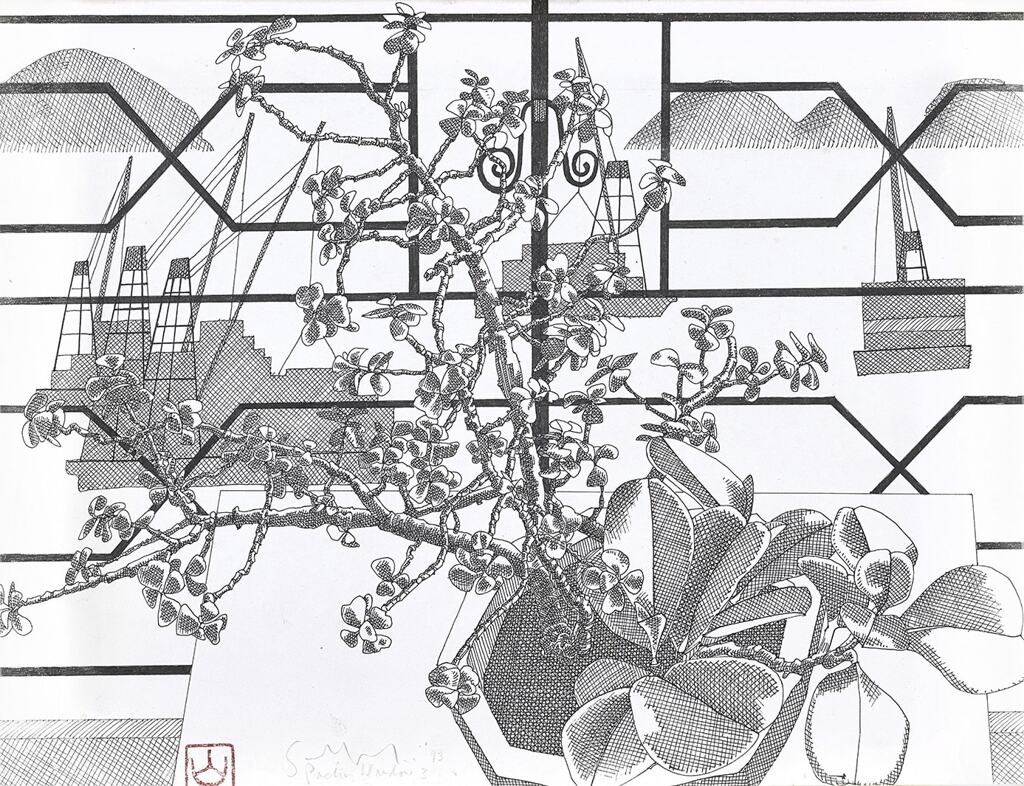 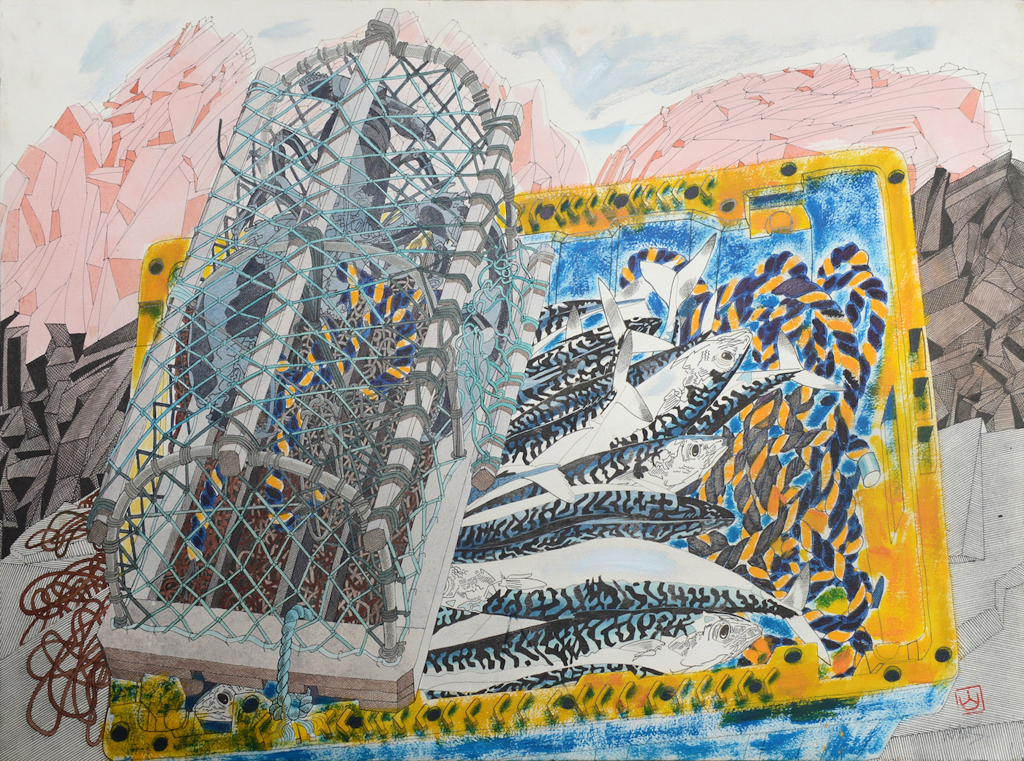